Home Things To Do What to Do in Ha Long Bay 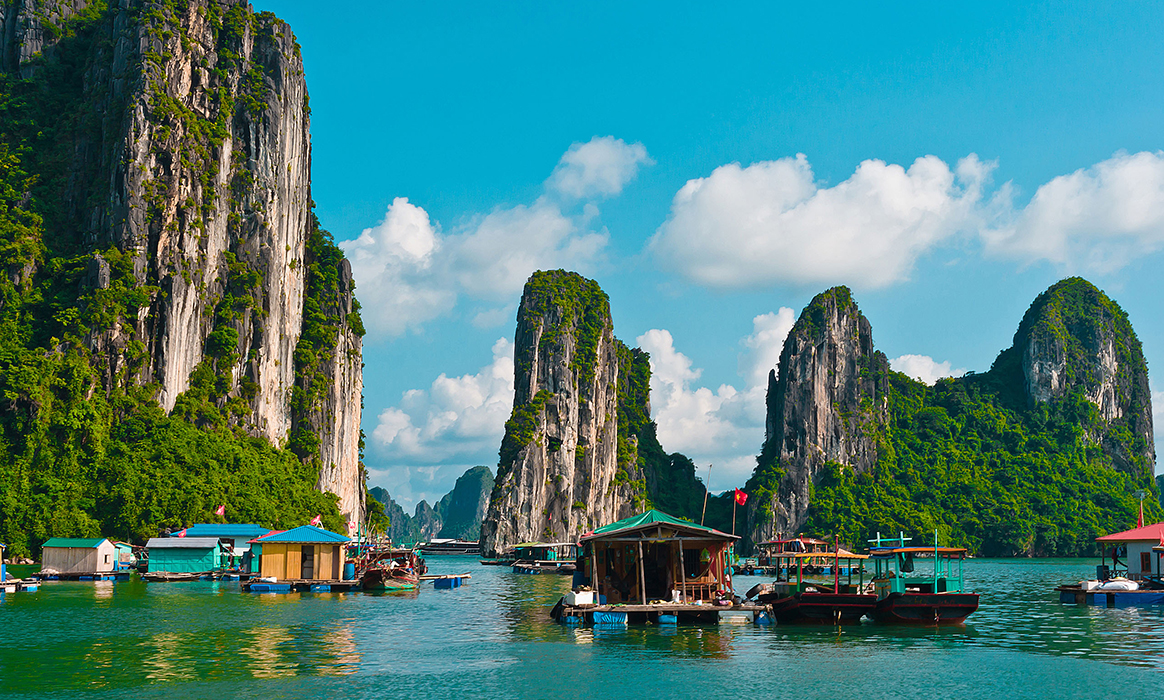 This unique UNESCO World Heritage Site is a popular place for tourists but it is good to know that large parts of Ha Long Bay are officially protected from development. The islands vary greatly in size and shape as well as structure.

Visitors should allow a few days to explore this magical bay as its attractions are extremely numerous.

Cat Ba Island is the most popular destination in the bay and every tour company offers a trip to the island. Cat Ba is full of the usual tourist scenario; hotels, restaurants, and bars; still Cat Ba’s locals have carried on doing exactly what their ancestors did for generations before – fishing.

This is a very popular swimming and diving spot because of its rich coral and deep grottoes with three inland lakes. The grottoes and caves can only be visited by rowing boat at low tide, when access is possible.  Dau Go Island Dau Go Island is known for its large and colourful cave which has many stalactites and stalagmites, some of them more than 20 metres high.

Dau Go Island is known for its large and colourful cave which has many stalactites and stalagmites, some of them more than 20 metres high.

The bay’s floating villages draw a lot of attention and are one of the highlights of the trip. Locals have been living in these floating houses for many generations as fishing is still the villagers’ main income. Some communities offer reasonably priced home-stays to visitors, too. If you pass by them on your cruise, don’t be surprised if the boat’s on-board chef stops to shop for fresh seafood from one.

Hung Sung Sot Cave is located on the same island as Virgin Cave and has a steep path lined with shady trees. There are two chambers in the cave with a square-shaped outer chamber and a ceiling about 30 metres high. The inner chamber formations look like sentries conversing with one another and another formation, resembling a general surveying his troops, lies in the middle of the chamber. The moving light reflected from the water outside seems to bring these formations to life.

Pelican Cave (Hang Bo Nau) is also popular with tourists. Many of them love to take photos of this cave and its spectacular stalactites hanging from the ceiling.

The Virgin Cave (Hang Trinh Nu) is one of the most famous caves in Halong Bay. It is probably best known for its shrine. Legend claims that a beautiful woman committed suicide in the cave, unable to return home after being forced to marry an old Mandarin. Here her body tuned into stone. Another similar legend says this girl escaped from a Mandarin that forced her to marry him because her father could not pay a debt. When fishermen found her body, they buried her here and built a small shrine inside the grotto. 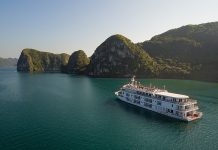 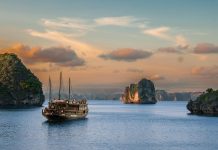 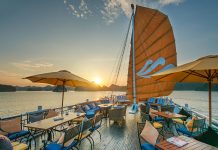 Three Nightlife Activities must do in Halong Bay

What to Do in Ha Long Bay

Where and What to Eat in Ha Long Bay

What to Do at Night in Ha Long Bay

Top 5 Delicious Food in Halong Bay you must try

No trip to Vietnam will be complete without a visit to Halong Bay. Known as the UNESCO World Heritage Site, Halong Bay appeals to world-wide tourists by its picturesque natural scenery. The Bay is endowed with a cluster of limestone islands and islets rising from the sea in a variety of shapes and sizes & a large number of magnificent caves and grottos with impressive stalagmites and stalactites.
Contact us: info@ehgtravel.com
© Halong Bay Info - Official Information Portal - Website built by EHG.